The Fisher Center Presents A Talk By Chef Sean Sherman: The (R)evolution of Indigenous Food Systems of North America 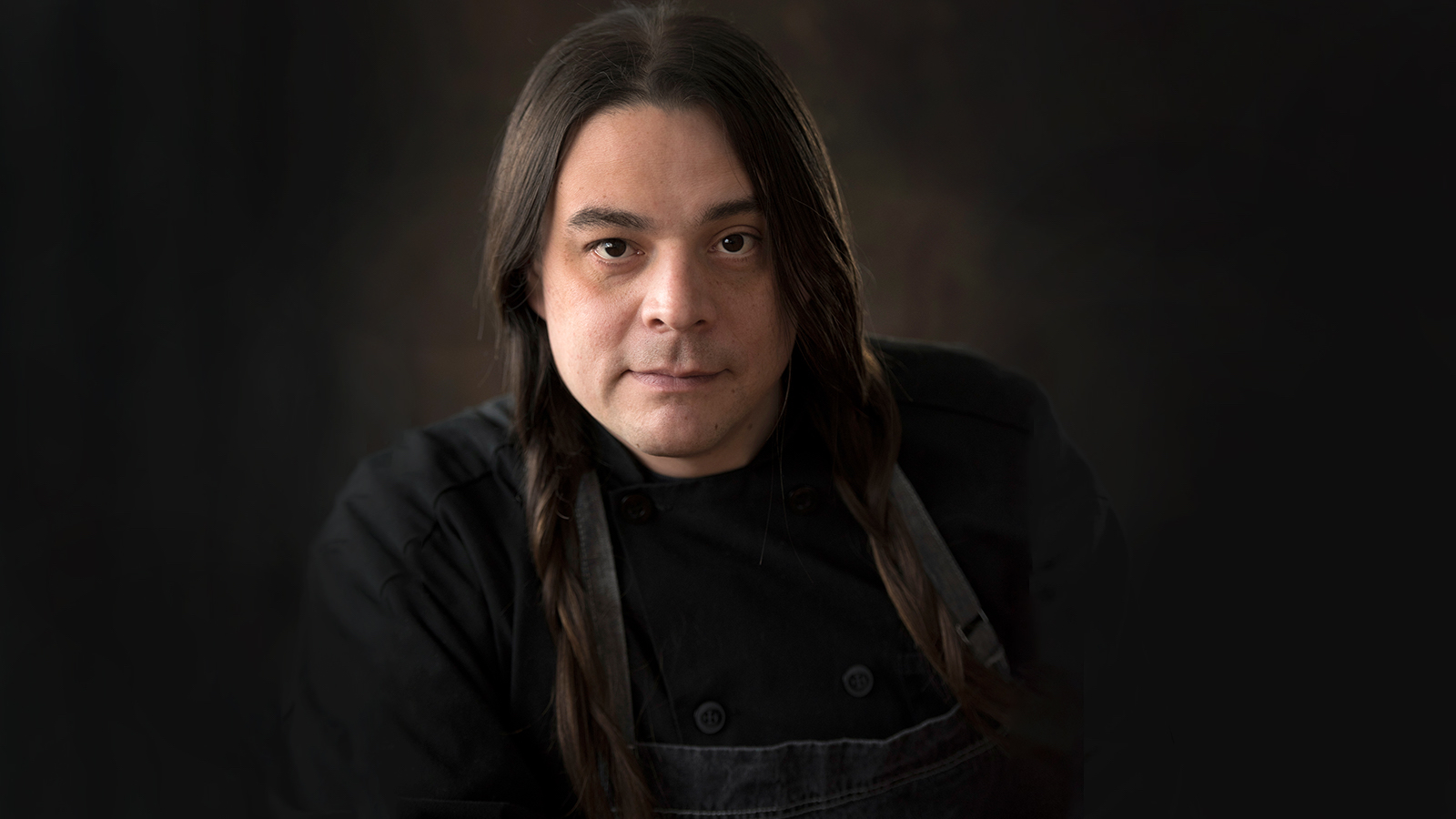 Photo by Heidi Ehalt
James Beard Award–winning Chef Sean Sherman, Oglala Lakota from the Pine Ridge reservation and founder of the company The Sioux Chef, is committed to revitalizing Native American cuisine. Chef Sean comes to the Fisher Center to discuss The (R)evolution of Indigenous Food Systems of North America, Tuesday, October 29, in the LUMA Theater at 5 p.m. The talk will be followed by a question and answer period and book signing. Admission is free; to reserve tickets and for additional information visit fishercenter.bard.edu or call the Fisher Center box office at 845-758-7900.

Through his research Chef Sean has uncovered and mapped out the foundations of the indigenous food systems through an indigenous perspective. His book, The Sioux Chef’s Indigenous Kitchen, earned a 2018 James Beard Award and was a top 10 cookbook of 2017. He has become renowned nationally and internationally in the culinary movement of indigenous foods and is leading a movement to completely redefine North American cuisine.

Copies of The Sioux Chef’s Indigenous Kitchen will be available for purchase in the lobby of LUMA Theater courtesy of Oblong Books. In addition, Ken Greene from Seedshed will be showcasing Haudenosaunee crops grown in the Native American Seed Sanctuary, a collaborative initiative with the St. Regis Mohawk tribe Seedshed and The Hudson Valley Farm Hub.

This event is sponsored by Bard College’s Center for the Study of Land, Air and Water, American Studies, Environmental and Urban Studies, Bard Farm, Bard Office of  Sustainability, Experimental Humanities, The Bard Center for Civic Engagement, Trustee Leader Scholar Program, and Oblong Books. The Fisher Center’s presentation of the event is in tandem with the upcoming Live Arts Bard Biennial, Where No Wall Remains: An International Festival About Borders, November 21–24, 2019.

Chef Sean Sherman, Oglala Lakota, born in Pine Ridge, SD, has been cooking across the US and Mexico over the past 30 years, and has become renowned nationally and internationally in the culinary movement of indigenous foods. Chef Sean has studied extensively to determine the foundations of Native American indigenous foods systems to bring back a sense of Native American cuisine to today’s world. In 2014, he opened the business titled The Sioux Chef as a caterer and food educator in the Minneapolis/Saint Paul area. He and his business partner Dana Thompson also designed and opened the Tatanka Truck, which featured pre-contact foods of the Dakota and Minnesota territories.

In October 2017, Sean was able to perform the first decolonized dinner at the James Beard House in Manhattan along with his team. His first book, The Sioux Chef’s Indigenous Kitchen was awarded the James Beard medal for Best American Cookbook for 2018 and was chosen as one of the top ten cookbooks of 2017 by the LA Times, San Francisco Chronicle, as well as the Smithsonian Magazine. This year, Chef Sean was selected as a Bush Fellow, as well as receiving the 2019 Leadership Award by the James Beard Foundation. The Sioux Chef team of twelve people continues with their mission to help educate and make indigenous foods more accessible to as many communities as possible through the recently founded nonprofit North American Traditional Indigenous Food Systems (NATIFS). Learn more: natifs.org.

The Fisher Center develops, produces, and presents performing arts across disciplines through new productions and context-rich programs that challenge and inspire. At once a premier professional performing arts center and a hub for research and education, the Fisher Center supports artists, students, and audiences in the development and examination of artistic ideas and perspectives from the past, present, and future. The organization’s home is the Fisher Center for the Performing Arts, designed by Frank Gehry and located on the campus of Bard College in New York’s Hudson Valley. The Fisher Center offers outstanding programs to many communities, including the students and faculty of Bard, and audiences in the Hudson Valley, New York City, across the country and around the world. The Fisher Center illustrates Bard’s commitment to the performing arts as a cultural and educational necessity. Building on a 150-year history as a competitive and innovative undergraduate institution, Bard is committed to enriching culture, public life, and democratic discourse by training tomorrow’s thought leaders.