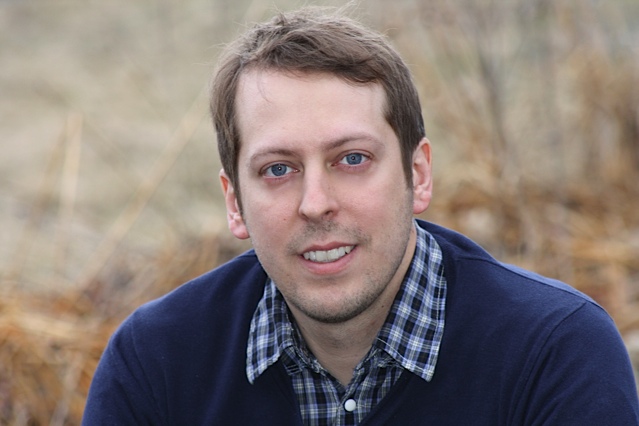 Assistant Professor of Biology Gabriel Perron
The ability to fight bacterial infections with antibiotics has been a longstanding cornerstone of modern medicine, but widespread overuse and misuse of antibiotics has led to unintended consequences. A new paper in the journal Microorganisms coauthored by Bard College Assistant Professor of Biology Gabriel Perron argues that large-scale antibiotic pollution and the resulting antibiotic resistance are major public health problems that require significantly more research—that goes beyond data gathering to more interpretive studies that consider the overall impact of antibiotic pollution on humans and on the environment, in addition to its contribution to antibiotic resistance—as well as more coordinated large-scale policy interventions.

“Today, the evolution of microbial pathogens able to resist antibiotics treatments is seen as one of the most pressing public health crises,” writes Perron and coauthors Susanne A. Kraemer and Arthi Ramachandran, both of the biology department, Concordia University, Montreal, QC. “The sheer magnitude of the antibiotic pollution and resistance crisis, with the estimated deaths due to antibiotic resistance being 700,000 per year globally makes managing its social and economic fallout a global problem.”

“Current research of environmental dimensions of antibiotic resistance often tallies up resistance genes found within an environment but gives little indication of the associated risks of transmission, and thus the potential impact on human health,” they write, stressing that antibiotic pollution also has the potential to affect human and ecosystem health directly. “On one hand, the effects of antibiotic pollution are expected to be especially disruptive in aquatic environments, where they can inhibit ecosystem functions and impact on organisms that are exposed throughout their life cycle. On the other hand, the presence of antibiotics in the environment and in animals could also impact on human health. While the effect of such exposure is unknown in humans, epidemiological surveys suggest that long-term exposure to antibiotics may lead to chronic conditions including obesity, diabetes, and asthma. For these reasons, it is imperative to consider the overall impact of antibiotic pollution on humans and on the environment, in addition to its contribution to antibiotic resistance.”

Perron and his coauthors contend that moving from data gathering to more interpretative studies will aid in developing more efficient policies. “Current policy schemes are focused on surveillance, but the scope of the crisis must eventually lead to forward-thinking policies,” they write, stressing that understanding antibiotic pollution and antibiotic resistance as a ‘One Health Approach’ (linking human, animal, and environment health domains) may aid in creating more societal engagement and ultimately more efficient policies. “Such policies need to evaluate direct risks of transmission posed by certain contaminated environments while at the same taking into account the complex patterns of inter-environmental transmissions that may exist. As antibiotic resistance and pollution is a global problem and especially rampant in the developing world, international cooperation, data-sharing and globally consistent policies are needed.”

Gabriel Perron, assistant professor of biology at Bard College and faculty member of the Bard Center for the Study of Land, Air, and Water, is an evolutionary biologist who studies the emergence of medically important traits in a broad range of microorganisms. His research uses a combination of real-time evolution experiments, genomic and metagenomic approaches, and field studies to understand how bacteria evolve antimicrobial resistance. Using different microbial systems, including bacteria such as Salmonella, Perron’s work seeks to understand the impact of human activity on the presence of antibiotic-resistant bacteria in natural environments and its possible impact on public health issues. More recently, Perron has been also studying the impact of human activity on microbial communities found in Polar Regions.

To read the full paper, click here. For more information on the Bard Center for the Study of Land, Air, and Water, please visit landairwater.bard.edu.