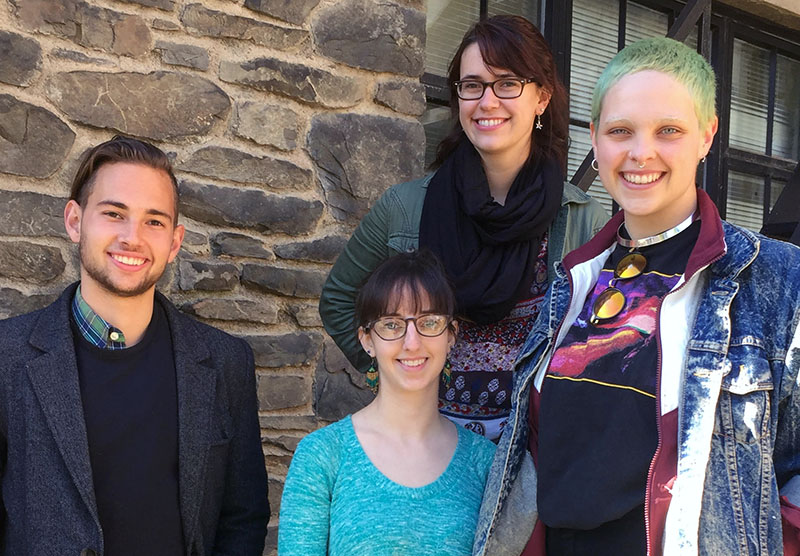 As part of the Bard Center for Environmental Policy’s Power Dialog, thousands of high school and college students will meet with state officials to discuss the U.S. pledge to cut emissions 30 percent by 2030.

During the week of April 4, as part of the Bard Center for Environmental Policy’s (Bard CEP) Power Dialog initiative, thousands of college and high school students will meet with officials in 20 states to explore policies that could help meet the United States’s pledge—made at the Paris climate summit last December and as part of the Environmental Protection Agency’s Clean Power Plan announced last August—to reduce emissions by 30 percent by 2030.

“The United States is the world’s biggest global warming polluter behind China, and we are the biggest per capita climate polluters,” says Bard CEP graduate student Rebecca Chillrud, a lead organizer for the Power Dialog. “Last December in Paris, for the first time, the United States and China both pledged to cut global warming pollution. In turn, the U.S. commitment to reduce emissions by 30 percent by 2030 will depend in significant measure on what happens in state capitals around the country.”

For the past nine months, Chillrud, fellow Bard CEP student Meredith Lavalley and bard environmental and urban studies undergraduates Maggie Berke ’17 and Xaver Kandler ’18, have been working with students across the country to catalyze a nationwide conversation about state-level action on climate change. Power Dialogs are scheduled for 20 states, from Alabama to Washington, during the first week of April. Students from over one hundred colleges and universities will meet with top state officials in charge of cutting global warming pollution. Kandler has been helping to organize the New York event, scheduled for Tuesday, April 5, at SUNY Albany. More than 250 students will meet with top officials including Richard Kauffman, chair of energy and finance for the governor, and Jared Snyder, deputy commissioner, Office of Air Resources, Climate Change and Energy.

“We will bring the voice of students and those who will be most affected by climate change in the coming decades,” says Kandler.

“The world is so interconnected now that a small group of students can really make a difference on a national scale,” said Bard CEP Director Eban Goodstein, in praise of the students’ work. “Our team helped catalyze serious climate conversations in Alabama and Arizona, Vermont and Virginia, involving more than one hundred colleges and universities and thousands of students. Great work.”